Ozonizing device to treat mattress and other large products. 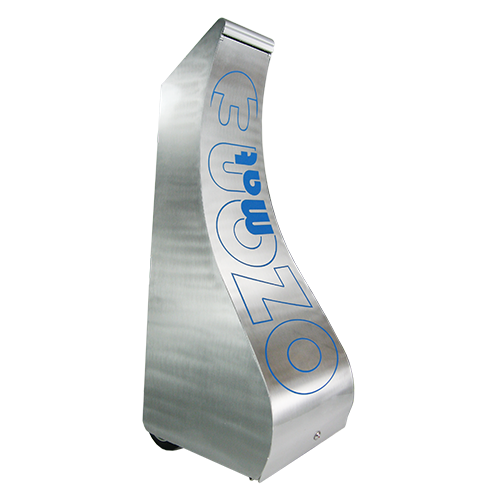 The OzoneMatTM project is based on the idea of exploiting an element occurring in nature to disinfect heat-sensitive objects, large products as well, extending their use life cycle and controlling the environmental impact in terms of energy and resources.

More precisely, a device application was engineered as to treat mattresses, starting from clearing, supply management and disposal in the health care sector, as well as reception and hospitality facilities.

At present the mattress life cycle is limited in time due to the sanitising treatments (washing and steam disinfection at high temperature in the great majority of cases managed outside the interested facility), thus leading to a frequent replacement. Such a management, considering the average hospitalization changes, does not provide for a consistent safety as for the infection or contamination spreading preventions, with a consequent expensive management and recovery of environmental safety general conditions.


OzoneMatTM would further allow to:

The main applications are: 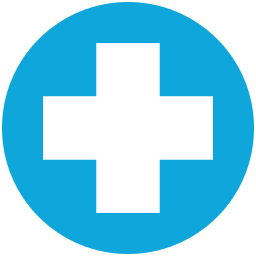 Hospital sector
In hospitals, the use of OzoneMatTM is certainly required for the primary mattress, cover and pillow decontamination used by patients, beside the sanitary operator clothing such as overalls, slippers, etc. It can be easily used and moved around by the service operators and it can be used when people are present, thanks to the device removing the residual ozone. The recognized ozone efficiency in lowering the pathogen microorganism concentrations allows to limit or better prevent any infection spreading which is difficult to eradicate once confirmed. What is more, being effective through oxidation, it prevents the accumulation of microbial resistant strains. 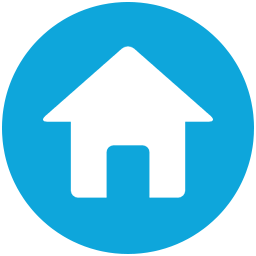 Hotels, hospices, services to buildings
The same principles used in the case of OzoneMatTM in the hospital sector can be applied in case the case of hotels, buildings, hospices and similar facilities. Covers, carpets, mattresses, curtains, coaches are furnishing units accumulating mites and other allergens, dangerous for the health of sensitive people such as children and elderly patients. 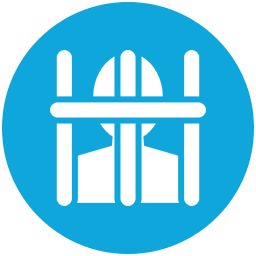 Jails and prisons
The difficult ambience in prisons, where many people from different races live together in closed contact, leads to a rapid infection spreading, hardly curbed and often drug-resistant. OzoneMatTM can be used next to cells, through a connection duct fitted to the disinfection bag and thanks to the use of ozone, it can be used to sanitize mattresses, bed linen and prisoner overalls, thus providing for the highest possible hygiene and cleaning of the most critical ambiences. 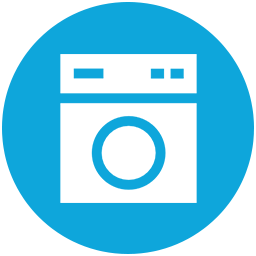 Industrial and military laundries
Thanks to the excellent ozone oxidising features, its use in industrial laundries turned out to be an effective alternative to chlorine-based products, and then its use is consistently growing mainly due to the ozone capacity to be a powerful disinfectant, killing viruses and bacteria and at the same time cutting operating costs as well.

Ozone operating mechanism
Ozone is effective against microbes as it attacks, through its oxidising mechanism, glycoproteins at the beginning, tryptophan and SH groups of the bacterial membranes and later it changes the enzymes, RNA and DNA as well.

A severe membrane lesion is followed by the cellular lyses.

As for viruses, ozone kills the capsids, reacting with fat acids of the fat envelope and inhibiting the virus fixation to the sensitive cells. Viruses, thus injured, could release viral nucleic acid to the environment which is not infective.

For many lipophilic viruses, therefore, the inactivation comes before the sica destruction while for other viruses, once the capsid is injured, ozone deeply penetrates thus damaging nucleic acids as well.

As for the sporicidal activity, lesions to the spore external envelope are extremely important in the destruction of the microorganism.

According to research, the fungal ozone activity is not based on the destruction of the still cellular wall but mainly on the change of the underlying cytoplasm membrane by the enzymes.


Ozone chemical features
Ozone is a strongly oxidising agent, whose oxidising potential is clearly more reactive than oxygen which in the majority of reactions is a slow oxidant, contrary to ozone.

Against inorganic substances, the different reactivity of the two aeriforms is clear: silver which under normal conditions takes a long time to darken, with ozone it generates a black peroxide. Sulphur is oxidised not as SOâ, as with Oxygen but as SOâ, lead sulphur (PbS), black-coloured and it becomes PbSOâ  with ozone, which is white.

With organic substances, Ozone energically reacts, provoking consistent changes: some substances lose their colour, others burn, in other cases there is no combination reaction (Harries 1912). A main feature is the ozone reaction with unsaturated substances (holding a double link): the ozone reacts at the double link level, splitting it up. Such a reaction is called ozonolysis.

Ozone biocide efficacy
Even with lower ozone concentrations than concentrations reached with OzoneMatTM, obtained results in terms of pathogen lowering are documented in the international literature. According to a series of studies carried out by the Federico II Naples University â Medicine and Surgery Department, Preventive medical science service, Hygiene section, in the case of ambiences whose average temperature accounts for 25Â°C and moist for 80%, treated with different ozone concentrations, it was possible to come to the following conclusion:
What is more it was also reported that from a quality view point, the bacterial contamination depending on Staphilococcus aureus, Acinetobacter humanii, Enterobacteriacee and Pseudomonadacee was entirely removed, both from air and surfaces, as well a complete lower of ambience moulds and Aspergillys spp present in the air.

Ozone is the most effective disinfectant on germs, acting on concentrations accounting for ppm (parts per million) fractions, with a rather short time period.

Bacteria are spread by sprayed water micro-drops, deposited on the surface.


In the 80s, many research activities were carried out proving ozone efficacy on sporulated bacilli such as Bacillus cereous, il Bacillus megaterium clostrodia etc. Required quantities for 15 min contacts, were lower than a few parts per million. The virus inactivation at 20-24Â°C bubbling ozone in water holding pathogens, in the base of any interfering organic substance.


Ozone efficacy on spores
The word spore refers to two different types of living beings: in the vegetal and fungal world, they are reproducing cells which germination gives life to a new being; among bacteria, it is vital step of their development leading to their extreme survival.

In both cases, however, they can be dispersed in the ambience as to resist side conditions and later generate (or regenerate) a vital being, in a more suitable habitat in terms of living conditions (best temperatures, presence of water and nutrients).

Recent studies proved the ozone efficacy against microbial species, at the spore or vegetative levels as well. The aeriform ozone takes 1 to 10 minutes to inactivate vegetative cells while it takes up to 60 minutes for spores, at higher ozone concentrations.

Advantages on allergens, parasites and halos in Italy. Ozone was recognised by the Health care Minister (protocol nÂ° 24482 dating back to 31/07/1996) as a natural aid to sterilise ambiences contaminated by bacteria, viruses, spores, mites, etc.

It is therefore considered a primary important agent in the mite and other allergen disinfection, besides unpleasant parasites such as louses, cockroaches, cotton-like pleas, ticks, and moths. Ozone, in fact, spread in the ambience to be disinfected (pillows, mattresses, bed linen, covers, carpets) finally removes unwelcome animals.

Ozone MatTM is therefore the most suitable solution in case of safety of any ambience holding risky materials, without being constantly affected by breathing failures depending on allergies or insect infestation provoking diseases such as scabies.

Scabies, in fact, is a contagious skin infection provoked by a very small parasite and generally not even visible, the Sarcopetes scabiei mite, which once inoculated under the skin of the affected patient, leads to the well-known consequences.

The best solution to prevent similar issues is the solution of the original problem, removing unwelcome insects from their hosting surfaces.

Smell is any particle or gas odour sensed with the nose and depending on the presence in the air of sulphide compounds, volatile acids, aldehydes, ketones or other substances with similar organoleptic features. More precisely, there are places whose smells impregnate materials and it is extremely difficult and expensive to remove them.

Hydrogen sulphide and many volatile organic compounds are destroyed by the ozone oxidising features when duly in contact.

Ozone against halos or sweat The sanitation with ozone is possible against haloes and sweat while respecting fabrics and colours.

OzoneMatTM - Certification of the OzoneMatTM process
enforced includes a mechanism to prove the decontamination.

The device can be connected to the bag holding the mattress follows four steps in the following order:
When the four operations are concluded the device sends a signal (through the dedicated online connection) to an external company, registering the treatment.

Then OzoneMatTM prints a certificate to be annexed to the mattress by the operator. It is a guarantee for the operator, as he/she is no longer liable for any claims in terms of decontamination.

What is more, it is a safety guarantee for the process itself, as should one of the first three phases fail, the machine stops. Should ozone be already introduced inside the bag, the residue is immediately sucked and lowered, and the certificate is not printed.

OzoneMatTM is fitted with an operation control mechanism which is automatically triggered according to the set parameters, thus certifying the successful decontamination as well.

The device is to be connected to the bag holding the mattress, en forcing four different operations:


When the four operations are concluded the device sends a signal (through the dedicated online connection) to an external company, registering the treatment. Then OzoneMatTM prints a certificate to be annexed to the mattress by the operator. It is a guarantee for the operator, as he/she is no longer liable for any claims for the decontamination. What is more, it is a safety guarantee on the process itself, as should one of the first three phases be not compliant with the set parameters, the machine stops signalling the failure.